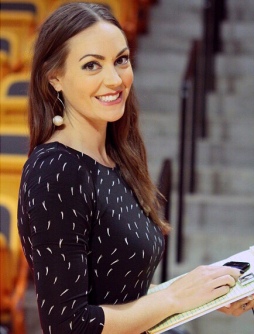 Erin Summers is a sports reporter and host who has reported on high school, college and professional sports across North Carolina since 2008.

She is currently working as a sideline reporter and host for collegiate football, basketball, baseball, softball and lacrosse television broadcasts.